Earlier in the year Mackenzie and I signed up and joined a group from Gracepoint Community Church, to travel to Mexico with One Life One Chance Ministries. We started to plan out our trip, what we would bring, where we were going and how we would get there. The entire team itself was flying down to San Diego and then driving in to Mexico. Mackenzie and I were talking about the trip with some friends one night after a dinner date and we ended up planning an entire road trip with them that centered around Mexico with a road trip on either end of it! 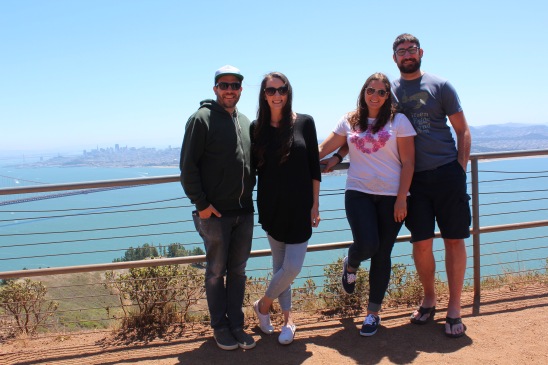 The group of us definitely made the most of this trip and mapped it out accordingly. I am so thankful for Chelsea’s organization skills; our trip, budget and accommodations were all flawless! We started off planning by thinking about the coast, what hot spots we would like to hit and which ones were actually doable, while sticking to a backpackers budget. After all this was decided, we got together,  compared lists and mapped out the route, planning campgrounds, mealtimes and tourist stops.

We were SO grateful to my friend Melissa for opening up her family’s home in Woodenville, Washington for our first night of rest while on the road. When we arrived we were welcomed with open arms, enjoyed some time in their pool and in the morning, walked right out to the chicken coop and grabbed some fresh eggs for breakfast! What a DREAM. 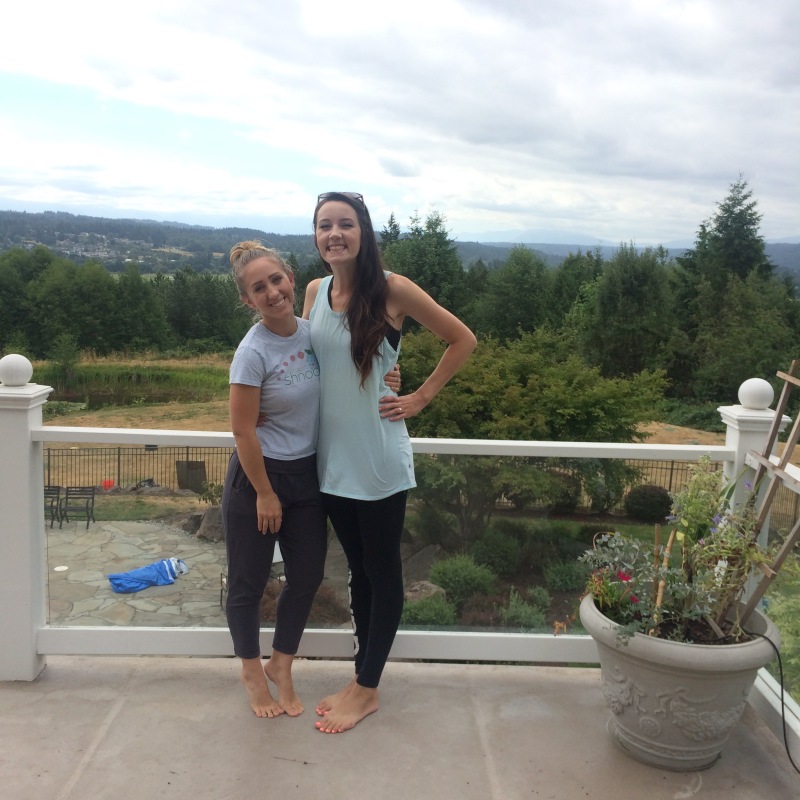 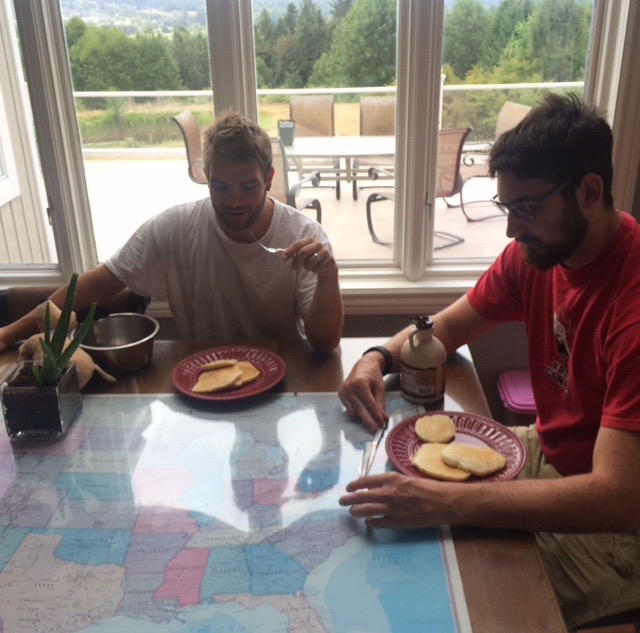 Side project I started at the first starbucks we stopped across the border. I kept all my trinkets I found along the way in here! 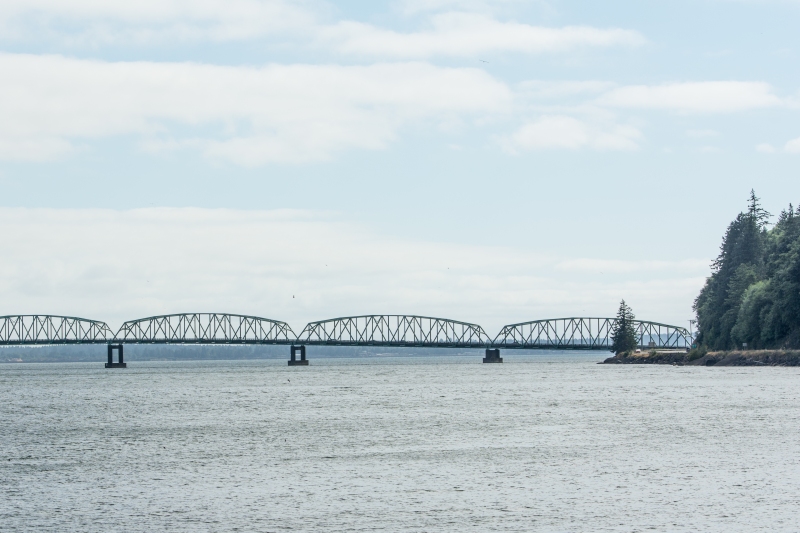 Finally we made it to Cannon Beach! The long awaited and much anticipated beauty. We set up camp at Wright’s for Camping Campground, grabbed a mug of hot cocoa and headed straight for the beach! After constantly looking up Cannon beach on the internet, hearing friends talk about it and watching the rolling, endless waves out the window, I was here! The way people describe it and cameras capture it truly does not do it justice. My toes were in the sand, the wind was in my hair and I didn’t have a care in the world. What a moment of pure bliss. 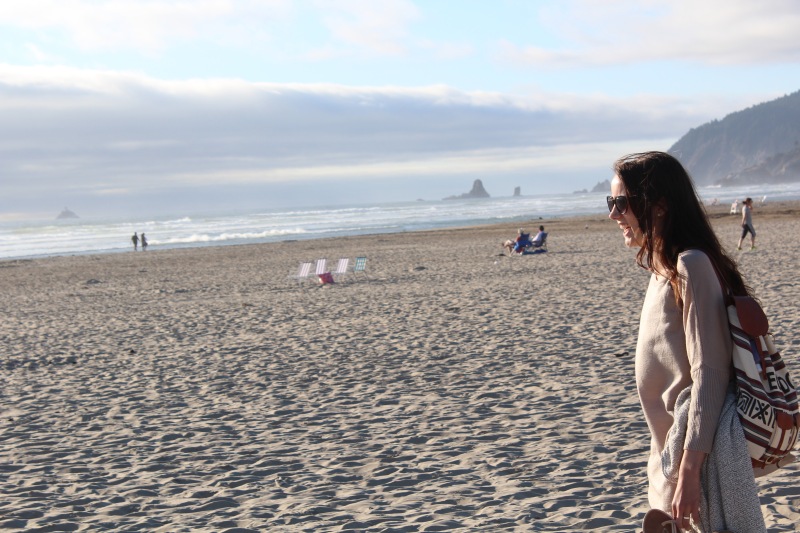 Keep your eyes peeled for more little doodles of add-ons throughout the trip! There’s quite the collection!

You may also like : Beach Ready From Head to Tote

It also did not disappoint that Ryan is very handy with a camera and took these absolutely breathtaking photos of Kenz and I on the beach! 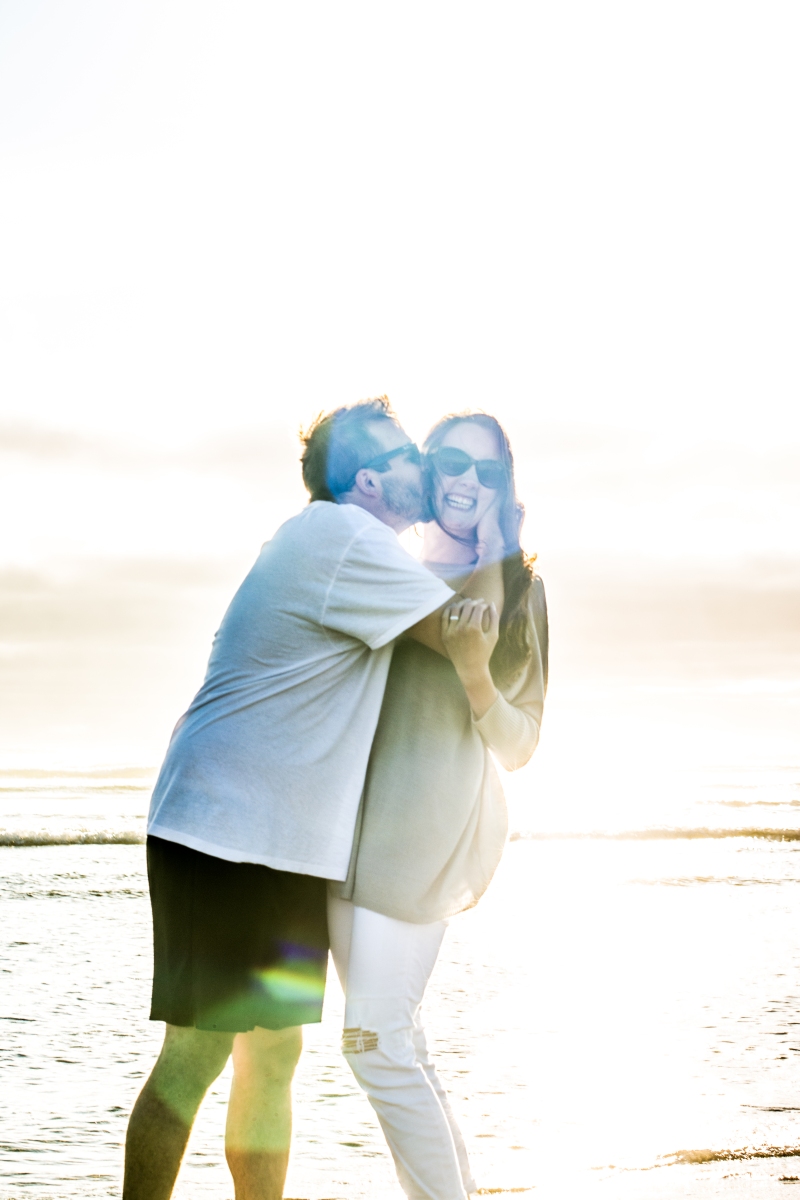 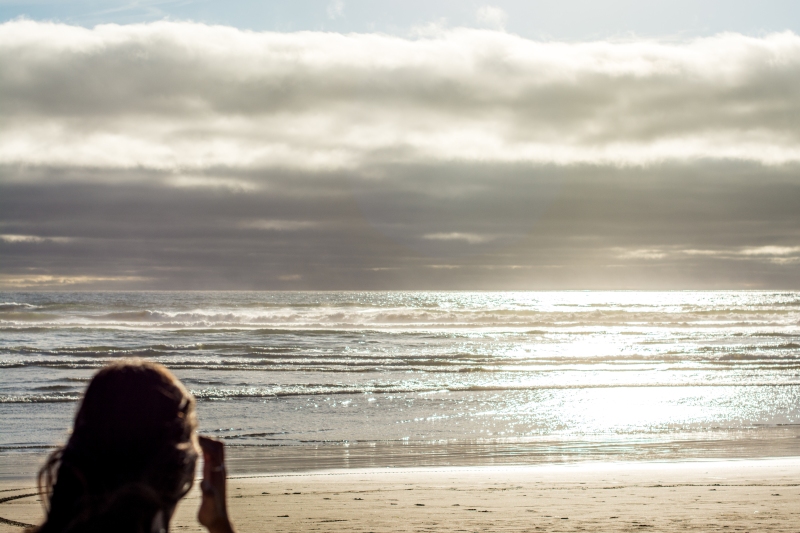 Our next stop on the map was the Tilamook Cheese Factory, as per Chelsea’s dream and request, but also to our enjoyment. There was so many different styles, smells and variations of cheese here, I didn’t even know this place existed, but thanks to Chels we got to enjoy cheese, ice cream and even some jerky! (One of these pictures you’ll see the first time ‘Operation Donut’ photographed) 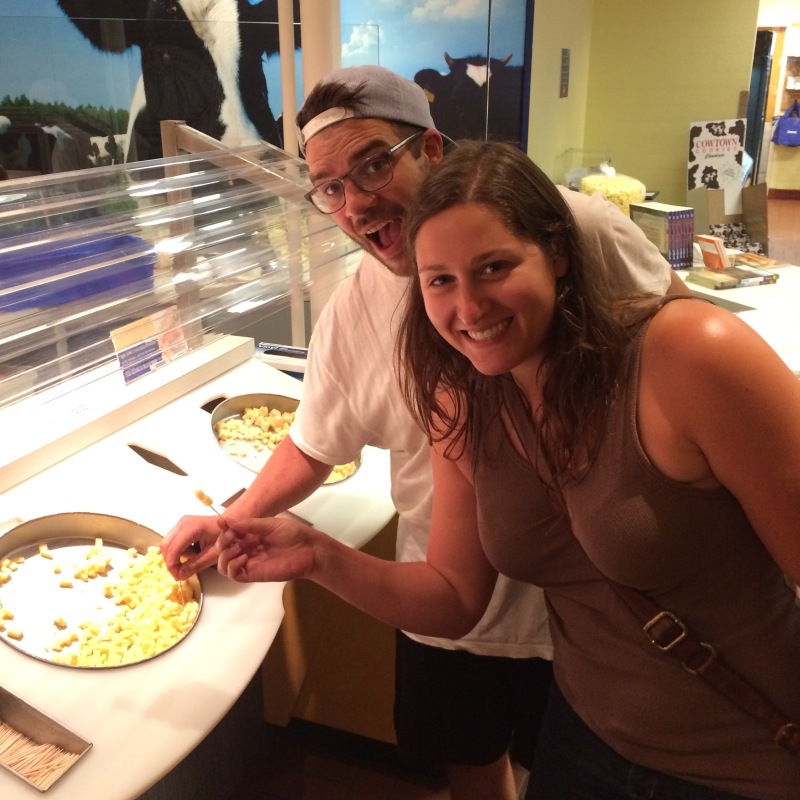 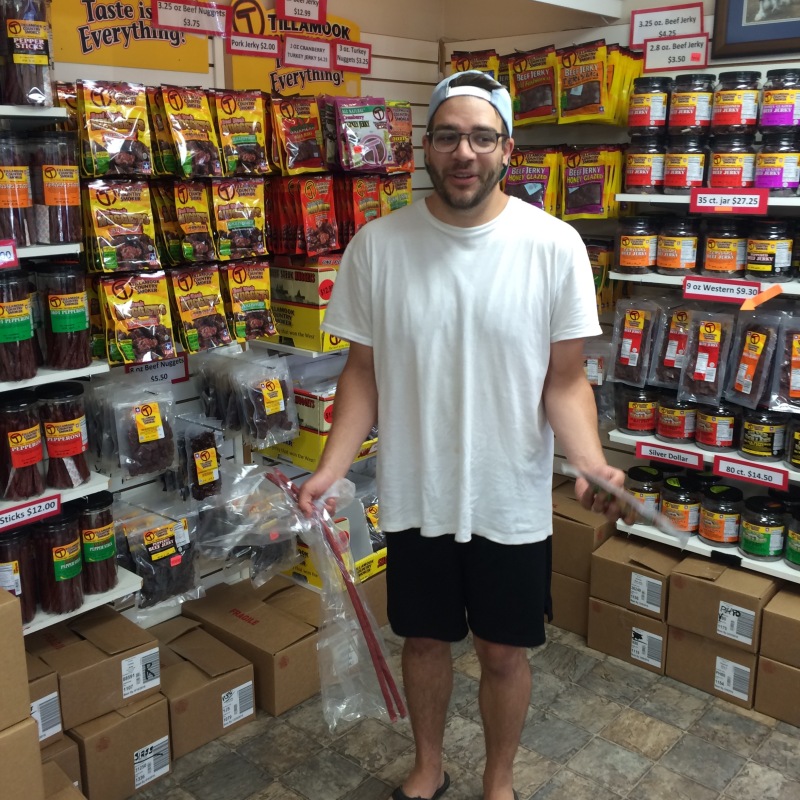 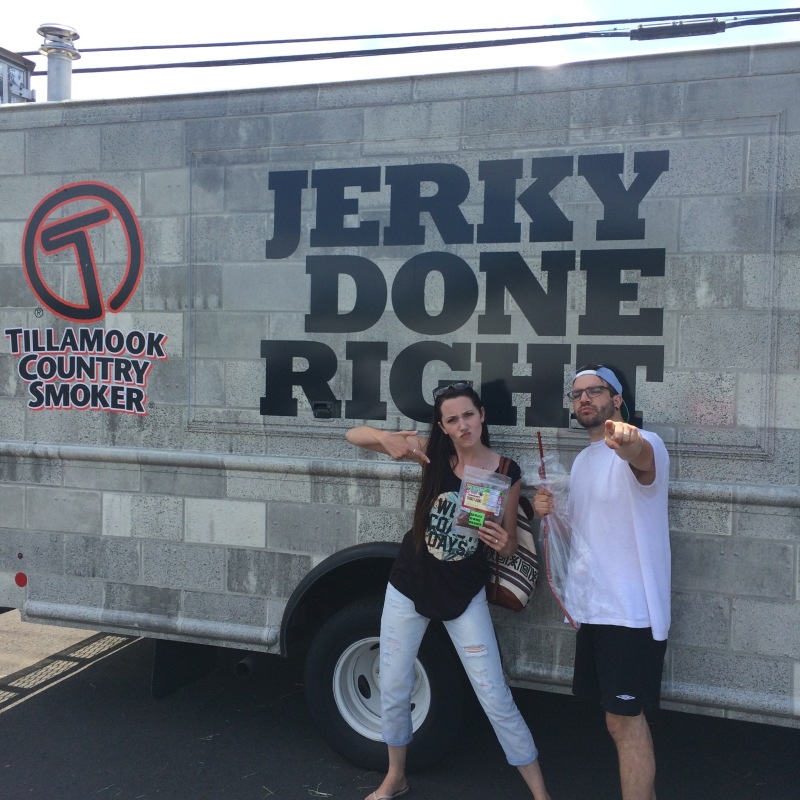 Devil’s Punch Bowl is part of a state part just outside Otter Rock, Oregon. This view was breathtaking. I had read about this spot before our trip and it once was two separate caves that gave way and became one. It is centered on a large bowl naturally carved in a rock headland which is partially open to the Pacific Ocean. Waves enter the bowl and often violently churn, swirl, and foam. Definitely a site to see and something not to miss when you’re travelling through next time! 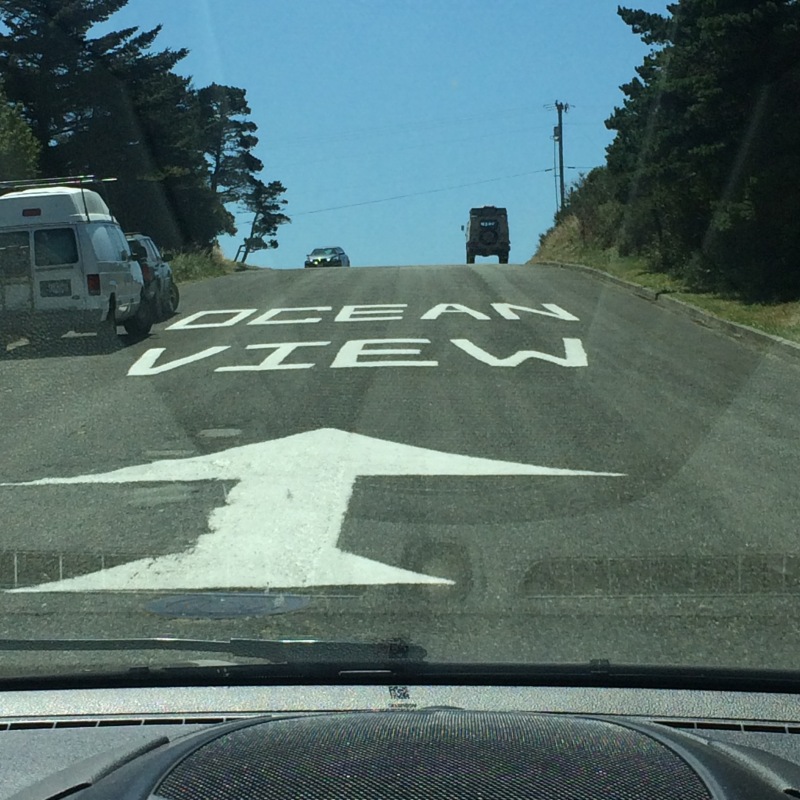 Welcome to California! We made it! We finally made it! Now off to find the Redwood Forest & Operation Donut – don’t worry it’s coming, you’ll soon find out! Now this forest specifically was another item to check off that I was excited to see and walk through. With trees reaching to the very tippy top of our atmosphere, it’s hard not to feel small, unless you’re hugging one of the infant trees. (Scroll up and check out Kenz and Chels huggin Redwood’s) We ventured on into the forest, looking up, feeling small and hugging every tree in our path. 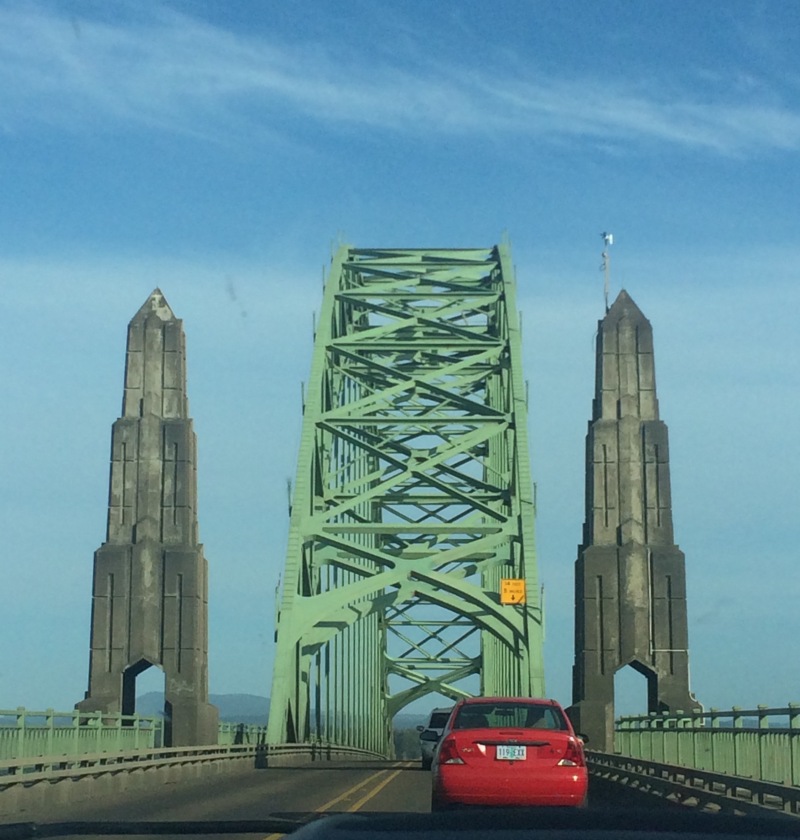 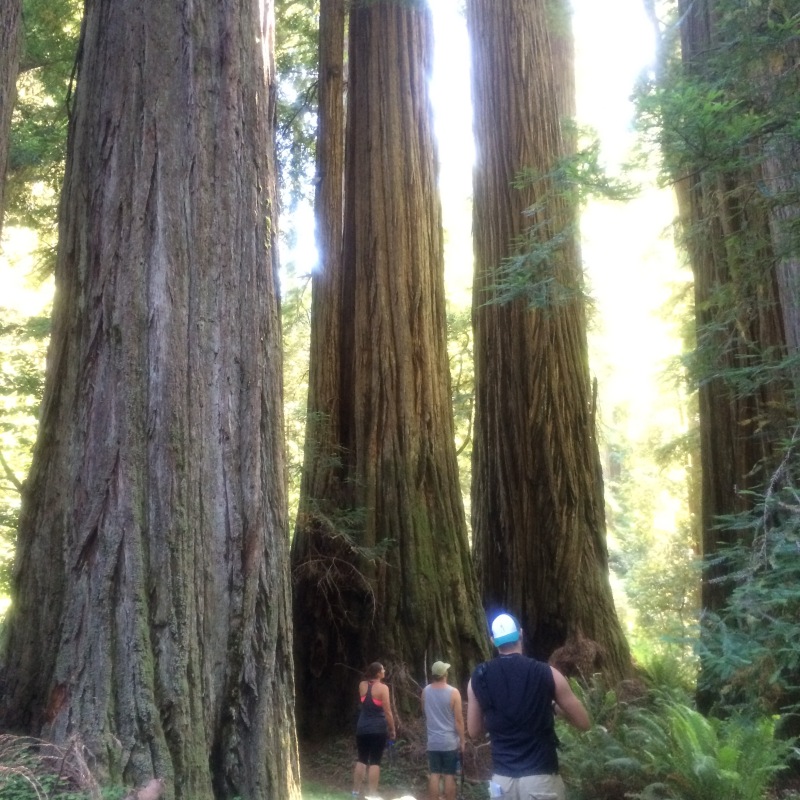 Then there it was, behold, the tree of love. (or as Mackenzie and I knew it; The big ‘O’) time for operation donut to commence. I can’t quite recall who started it but one of the two mentioned climbing up into the tree and taking a picture in it, and Ryan being the gentle-tall-man that he is, offered his hand in marria-err – assitstance to Chelsea. As she was getting settled on her perch, she turned to help Ryan and there he was. Waiting eagerly for her response, Operation Donut was in full bloom, “Will you marry me?” With tear filled eyes, Chelsea says,”GET UP HERE!!”

Now that was intense! Mackenzie and I were set up at different angles to capture the moment for them and there couldn’t have been a better set up because we were already walking through the forest and taking pictures of everything we saw. So climbing up in a big tree was a no-brainer! Excited for these two and their journey together. They are actually to be wed THIS Saturday, we cannot wait to celebrate with them! 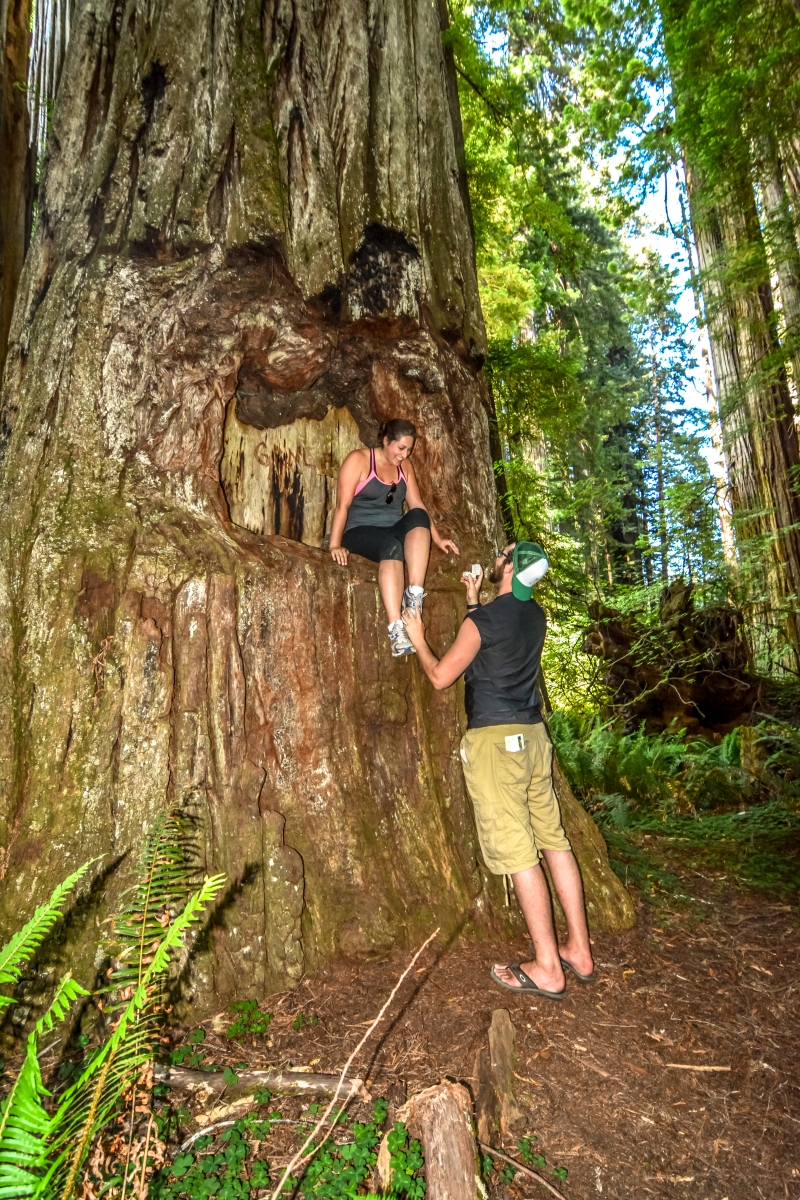 Redwood Forest Campground is where we camped overnight, this is where we enjoyed several card games and left our mark in the table along with many other visitors throughout the years. #VAN2SAN2015

Celebrating their engagement with Party Poppers!